Today, I am bringing you some of the category and weather news from around the industry. Check back twice weekly to see where the rain is falling, the sun is shining, and everything in between.

Weather around the country is fairly quiet this week. We have showers returning to the Eastern half of the country, heat out west dissipating, and a potential tropical depression forming out in the Caribbean.

RAIN THIS WEEK FOR EASTERN HALF OF COUNTRY

Almost the entire eastern half of the country will receive rain this week. The graph below notes the accumulative rainfall amounts over the next five days. Areas in blue represent total rainfall between .75” to 1.50”. Once we get into the purple areas, the accumulate rain totals will be above 1.50” up to 2.00”. 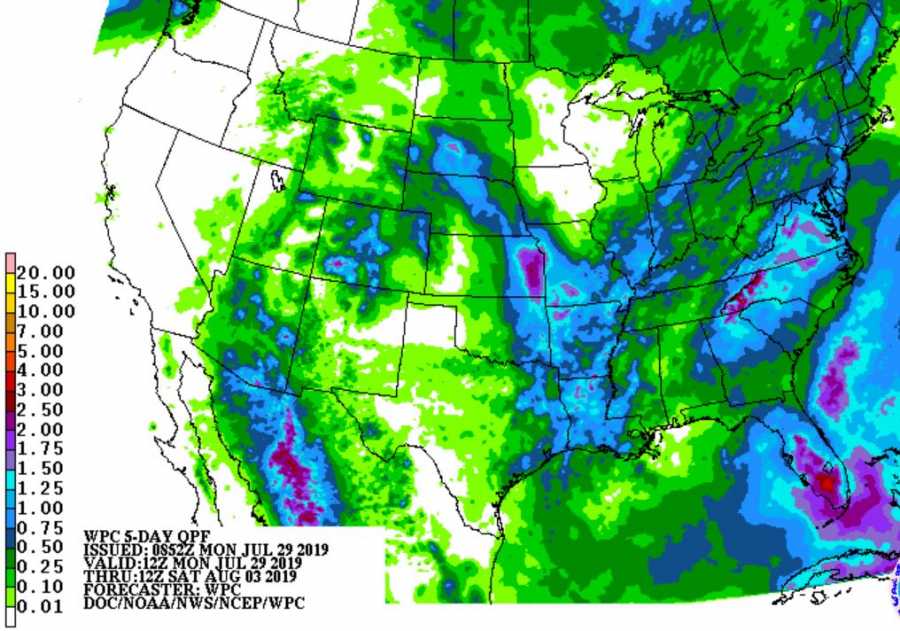 This should be a welcomed relief for many of these areas who haven’t see rain for well over a week now.

PEAK OF HEAT OUT WEST HAS PASSED

The heat wave that engulfed most of California last week has dissipated for the most part. The coastal valleys of Salina, Santa Maria, and Oxnard have all returned to normal temperatures as of Sunday. The southern half of the SJ Valley is still under a heat advisory with maximum temperatures between 100° to 103° through next weekend. This is down about 5° from the maximum high temperatures we saw late last week. The average high temperature for July in region varies from 98° to 101°, so although it’s still hot this week these adjusted temperatures are typical for this time of year.

There is a tropical disturbance off the southern coast of Puerto Rico that is bringing showers to the area. It is nothing to worry about at this point. The concern is that it may continue to gain strength and form into a Tropical Storm later in the week as it makes its way west and north. Could bring some heavy showers to Florida and Georgia later in the week. We will follow the storm and update you on Friday. 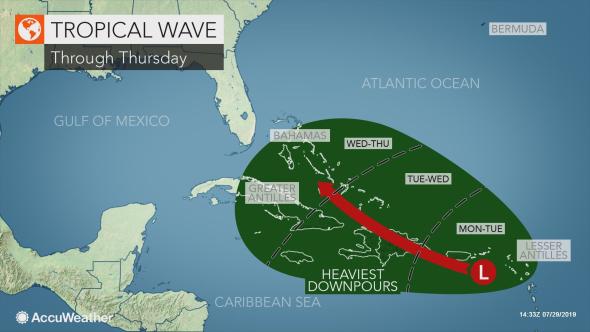 Thanks again, and we'll be back later this week with another report!