UNITED STATES – With 2015 just around the corner, speculation about next year’s big veggie trends is already underway. Kendall College, a culinary and hospitality school in Chicago, predicts that Kalettes™, Broccoflower, Broccolini® and Rainbow Carrots will make the jump to the mainstream. Let’s take a closer look at these four front-runners. 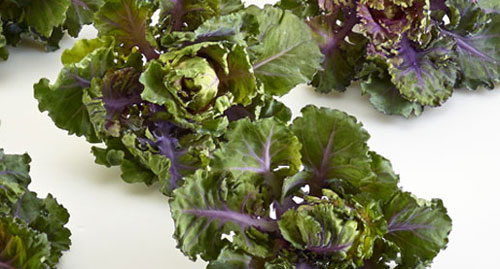 As we’ve previously reported, Kalettes, the new vegetable hybrid between kale and Brussels sprouts, are receiving praise from consumer and media outlets. Fine Dining Report has named them on its 12 Food Trends Coming in 2015 list. They were also named in Elle Magazine’s 25 Things You Need to Know About This Fall list, as well as a myriad of other publications.

Kalettes are not genetically modified and were developed by cross-pollination. Tozer Seeds developed the kale-Brussels sprout hybrid after more than a decade of research and is working with several cooperators to grow and market Kalettes. 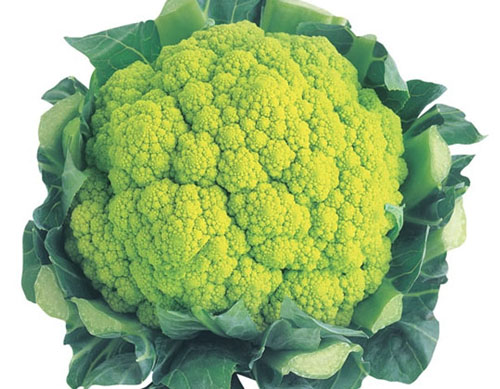 Broccoflower is a cauliflower with a pale green tint. It was first grown in Holland and brought to the United States by Rick Antle of Tanimura & Antle in California. According to NPR, his farm coined the name Broccoflower and began distributing it in 1989.

Christopher Koetke, Vice President of Kendall’s School of Culinary Arts, says that Broccoflower’s flavor is similar to cauliflower but is slightly sweeter. He suggests that the growing popularity of cauliflower might be what it takes to move this item from a specialty to a mainstream product. 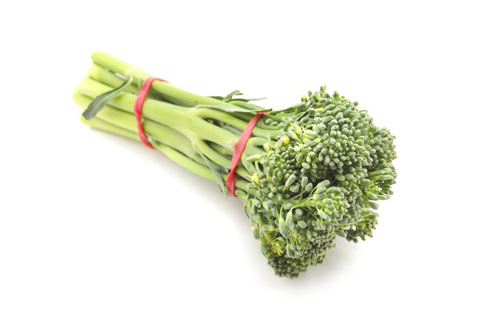 This cross between broccoli and Chinese broccoli is sometimes called baby broccoli. NPR reports that it was first hybridized in 1993 in Yokohama, Japan, by Sakata Seed Co. under the name “AspraBroc.” Broccolini® is a registered trademark and is now grown and marketed by Mann Packing Company.

Broccolini® has longer stalks and smaller florets than broccoli and features a subtly sweet flavor with a bit of pepper. Koetke tells NPR that its appearance, full flavor and consumer friendly name could help introduce this veggie to a wider audience. 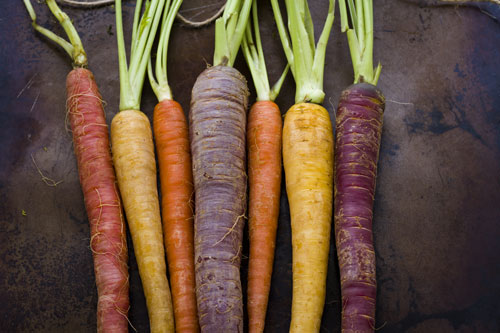 Today’s rainbow carrots are USDA organic certified vibrant yellow, white, red, and orange whole carrots, but according to the World Carrot Museum, purple and yellow carrots have been around for over 1,000 years.

As we previously reported, these different colored varieties aren’t just a novelty. Although they all contain similar health benefits, purple carrots, for example, can provide additional vitamin A when compared to a traditional orange carrot, according to Time.

Koetke hopes to see these colorful varieties not just in supermarkets but in school lunch programs as well. As the “Fruit Loops of carrots,” he tells NPR, they might spur children to choose a healthier option.

It will certainly be interesting to see how these options perform next year. Which of these four candidates do you think could become the next big produce trend of 2015? Let us know in the survey below.