SEATTLE, WA – Amazon is currently in the process of laying off several hundred corporate workers in both its Seattle headquarters and other locations, The Seattle Times reports. After years of fanatical growth, this move comes as something of a surprise. The Times writes that the layoffs will primarily impact employees in Amazon’s consumer retail business departments. Although this layoff is much smaller than those imposed by other corporate giants, many of which have been forced to lay off employees by the thousands in recent years, Amazon is the second-largest U.S. based corporate employer, so, analysts expect the move to still have an impact felt economy-wide.

Amazon has rarely had to broadly lay-off employees due to its frugal hiring and efficient allocation of resources, according to the Times. But, with the increase in employee numbers from 5,000 in 2010 to 40,000 after a recent hiring binge, the source suggests these redundancies were unavoidable, with teams sometimes over budget and overstaffed.

“As part of our annual planning process, we are making head count adjustments across the company—small reductions in a couple of places and aggressive hiring in many others,” a spokesman stated. “For affected employees, we work to find roles in the areas where we are hiring.”

Although some employees have already received notice, others are expected to receive the news in coming weeks. There is hope for compromised employees: even though Amazon’s workforce currently stands at 566,000, as of yesterday—Monday, February 12, 2018—Amazon has 12,500 corporate job opening and is in the process of opening a second campus, which plans to employ 50,000 workers, according to the Times. 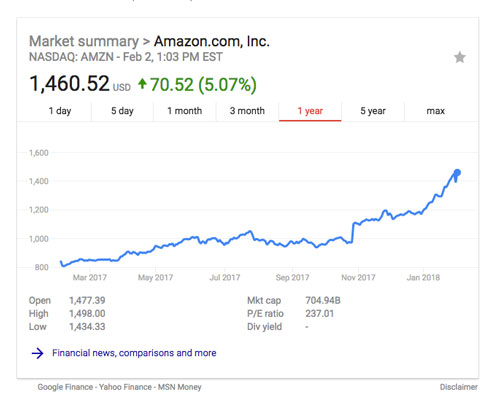 To mitigate negative effects, Amazon has attempted to streamline management, implement employee reviews, and has opened space for employees to push back against managers.

We will continue to follow the company as it grows, innovates, and readjusts; we hope you will too with us at AndNowUKnow.