VANCOUVER, BRITISH COLUMBIA – The British Columbian Blueberry Council is making its debut at this week's Asia Fruit Logistica tradeshow in Hong Kong in order to identify and work with new international customers. 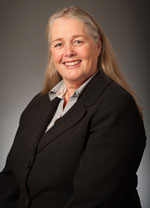 "British Columbia is now the largest highbush blueberry growing region in the world, so it's essential that we source new markets for our berries," said Debbie Etsell, the B.C. Blueberry Council's Executive Director. "In addition to our domestic marketing program, we head to Japan, China, the US and Europe each year, and the high-quality of our fruit has given us a strong foothold in those markets. This is the first time that we've been to Asia Fruit Logistica, and we think this could be a fantastic opportunity to develop relationships with new Asian customers that previously haven't had the chance to try B.C.'s blueberries."

According to a press release, only half of British Columbia's 55 million kilograms of production is consumed domestically. This creates the opportunity for a very robust export market for the region's 800 growers, packers and processors, one which the Blueberry Council plans to build upon at this year's tradeshow.

The British Columbian Blueberry Council also attended the Gulfood tradeshow in Dubai for the first time earlier this year along with the FoodEx in Japan. It also plans to exhibit its produce at the SIAL Paris food tradeshow later this fall.