IRVINE, CA – Continuing in the current brushstrokes of the company’s media redesign and partnership with advertising agency MullenLowe, California Avocado Commission (CAC) has announced a new marketing campaign, aimed at the aesthetics and culture of the California lifestyle. 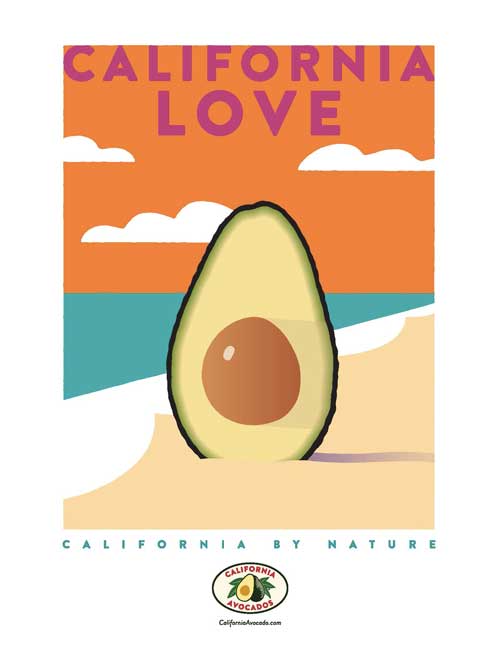 The new campaign, epitomized in a string of murals, print ads, and social media plans, is fittingly entitled, California by Nature.

“It’s a celebration of everything that is endemic to the Golden State, from a climate that’s unlike any other to its diverse people, ideas and interests,” said Jan DeLyser, CAC Vice President of Marketing, in a press release. “Our new campaign aims to engage with current California avocado consumers and expands the target audience to include younger Millennials.”

This new campaign will further utilize the imaginative skills of California-based artist and designer, Michael Schwab, who designed CAC’s Hand Grown in California logo. Schwab cultivated a series of colorful print ads to expand on his original logo, and encapsulate the allure of California’s mountains, beaches, and avocado groves. 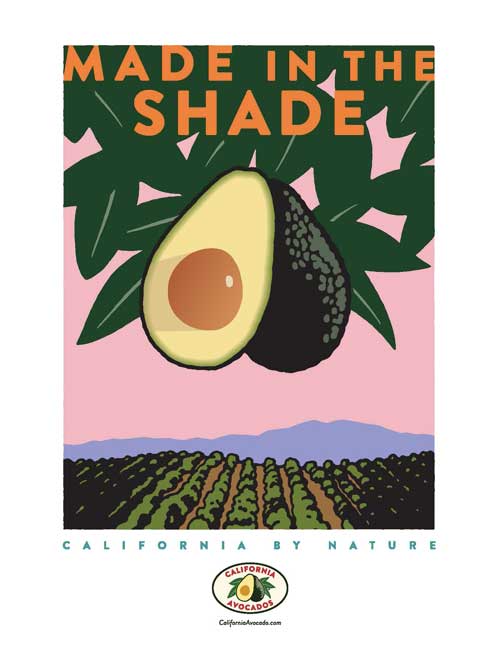 The commission plans to highlight California avocados, and their relation to the California lifestyle, by taking Schwab’s artwork one step further in representation and audience engagement.

“In addition to print ads, murals will be painted in Los Angeles, Sacramento, San Diego and San Francisco,” continued DeLyser. “We expect these colorful creations to generate opportunities for consumers to show and share the murals with their content hungry social media followers, extending the campaign’s reach and serving as another vehicle to keep California avocados top of mind.” 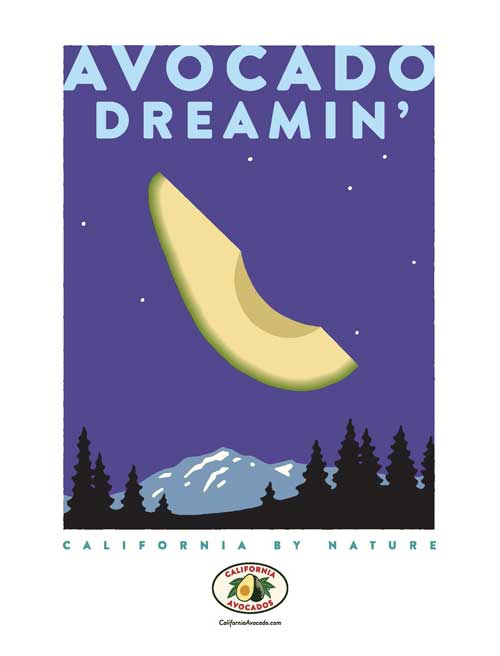 As we previously reported, CAC first partnered with MullenLowe in 2015 to aid in the development of the brand through a hypertargeted, creative, and interactive approach, specifically geared towards capturing a younger audience.

The California by Nature campaign addresses a widespread array of mediums, such as the aforementioned ad campaigns and murals, as well as custom online content. CAC said that visually stimulating recipes and imagery will also be shared on Facebook, Twitter, Instagram, Snapchat, and Pinterest.

Keep clicking back as AndNowUKnow continues to give you a panoramic view of all the latest industry and produce design news.