WATSONVILLE, CA - Every season is berry season for California Giant Berry Farms, and quality and freshness are at the heart of each variety. With California Giant in the midst of its fall harvest season, I got in touch with Kyla Oberman, Director of Marketing, who gave me an international tour for a read on the berry grower’s operations and what retailers should expect to hit their shelves this season. 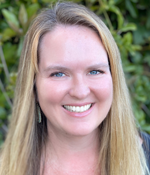 “Our growing regions are in the midst of transitioning into their fall season harvest and the quality of the berries look exceptional,” Kyla begins. “Production from Southern California, Florida, Mexico, and South America is ramping up, and growers are reporting strong flower sets, excellent size, color, and flavor for all berry types. We’re looking forward to another season of promotable volume of high-quality berries.”

California Giant is expecting an overall increase in volume for its raspberries, blackberries, and blueberries due to an expansion from high-performing growers in Mexico and South America. 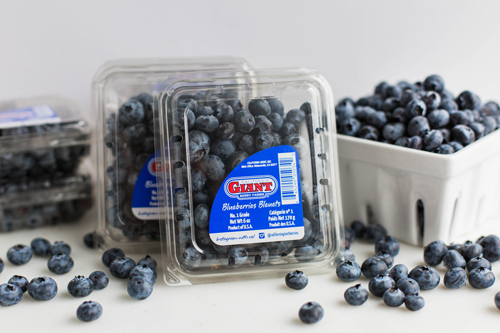 In South America, California Giant is expecting an increase in conventional and organic blueberry volume due to higher-yielding plants and expanded acreage in Peru and Chile. Harvest in Peru has also started and looks to maximize peak volumes beginning in mid-November. Meanwhile, Kyla tells me that Argentina and Uruguay harvest has already begun with peak production expected to climax in early November. 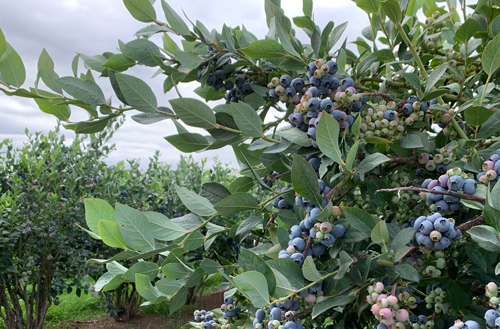 Bringing us back to California, Kyla shares that growers in Southern California are seeing great flower and green fruit set up for its strawberry fall crop.

“Santa Maria’s fall crop officially began in mid-August and is already edging toward its peak volume estimates in mid-to-late October, while in Watsonville and Salinas, the season will come to a close for the year at the end of November,” Kyla says, adding that Oxnard’s harvest is expected to start in mid-December. 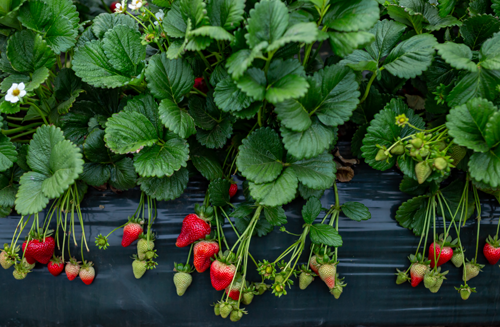 Recently, California growers have experienced some setbacks due to fires and weather changes, but the berry giant is holding strong and anticipates a great season ahead. Mother Nature is being cooperative it seems as Kyla informs me all production out of Mexico and South America have experienced ideal weather leading up to the beginning of harvest.

“The recent back-to-back heat waves out of California did have an effect on the strawberries and raspberries on our Watsonville ranches. Luckily, the timing was such that this area’s season is already winding down and Southern California and Mexico production is quickly ramping up,” Kyla tells me. “There were no problems for us in maintaining our sales commitments with high-quality packs.” 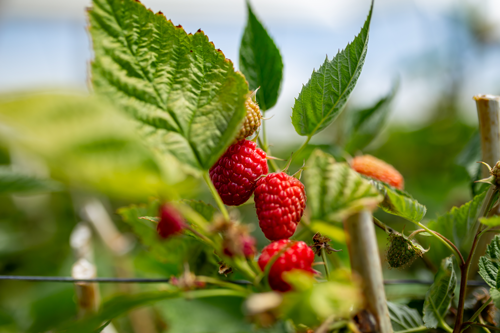 Nor have the challenges halted California Giant’s moves in its communities.

While the berry grower brings smiles to both consumers and retailers, it is also spreading smiles to those in need. As part of California Giant’s ongoing philanthropic efforts, it is continuing to support non-profit organizations in the greater Pajaro Valley area with its non-profit fundraiser, Spreading Smiles now through November 30. For those interested in participating, California Giant Berry Farms will match GoFundMe donations up to $20,000. Click here to learn more.

One sure thing to smile about is a medley of berries to last through the year. For more updates in the fresh produce industry, keep checking back to ANUK.