CHILE - Citrus season has landed and Chile is ready to fill our need for sweet n' tart fruits. Starting Week 16, there will be 71,771 boxes of clementines headed north, and as of May 2, there were 55,268 boxes of clementines en route to the East Coast, with 16,503 boxes going west. Once Chilean Clementines have hit the scene, they will be followed by lemons, navels, and mandarins. While the Chilean citrus industry is anticipating similar volumes to last year, with total volume reaching 350,000 tons versus 358,000 tons in 2018—and although clementine volume is expected to fall by eight percent to 58,000 tons, the drop was not unexpected. 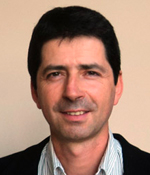 “In 2018, Chilean clementine production jumped 53 percent. After a year of high production, blooms tend to be less intense, so this reduction in volume is not a surprise. The overall trend for Chilean Clementine volume is incredibly positive,” said Juan Enrique Ortuzar, President of the Chilean Citrus Committee. “In 2017, we shipped 40,687 tons of clementines to North America, and this year, the estimate is 58,000 tons. That’s an increase of 43 percent in just two years!”

Growing conditions and weather this season were ideal for developing good brix and sizing, and cool fall nights gave the clementines a brilliant orange color, raising expectations for a strong clementine season. While Chile faces above average stock levels in the U.S. market, the Committee remains confident that its practice of consistently delivering high-quality fruit and providing stong market support will lead to increased demand and sales. 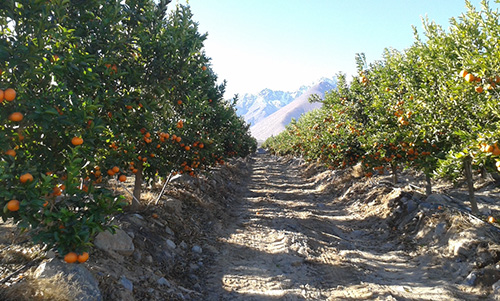 Merchandising is on the brain for the Chilean Citrus Committee, and it has plans in place to develop both in-store and online promotions for retail chains big and small, throughout the U.S. and Canada. The Committee will also be promoting extensively throughout the Fruits from Chile social media channels.

“In 2018, we ran citrus promotions in more than 50 retail chains, with a strong focus on creative, high-impact promotions that generated double-digit sales increases,” said Karen Brux, Managing Director of the Chilean Fresh Fruit Association, in a press release. “We hope to extend our reach even further this season. We’ll also engage our social media followers with videos direct from Chilean citrus orchards, new recipes, and interactive promotions. We just reached a Facebook following of 350,000, so we have a large, captive audience!”