SALINAS, CA - Church Brothers Farms is supporting its growing partners in Mexico by supporting more than just the agriculture.

The company has donated funds to a school in need that is located in Guanajuato, a growing region of Central Mexico, where it has held a partnership for more than five years.

“When we saw the children and the school, this was simply something we had to do,” Brian Church, Vice President of Ag Operations, said in a press release, adding that giving back to the communities it does business in a practice and belief Church Brothers holds.

In fact, the company supports its local partners in all areas that it does business. “It makes for a nice story for the holidays, but it’s something we do all year-round,” Church said. 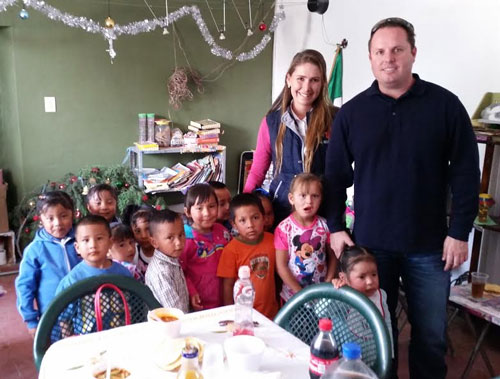 This school’s needs in particular were brought to the company’s attention by its five-year-long partner Alvaro Nieto, a Mexico-based grower that participates in sustainable environmental farming practices and runs a social responsibility program locally.

“We worked with Alvaro for five years and welcomed the opportunity to give back through the program he leads,” Church said.

Church Brothers said in the release that its operation in Mexico is part of a larger strategy to provide year-round supply, holding the same standards for food safety and social responsibility in Mexico as it does in the U.S. The company grows a variety of vegetable crops in Guanajuato and has a food safety team there to enforce identical standards to the United States, in addition to third-party auditors.

While it is always a comfort to report stories containing the giving spirit around the holiday season, it is even better to hear that it is a year-long practice. Keep checking in with AndNowUKnow for news on both supply and support in the industry.