SALINAS, CA - One of the greatest parts of reporting for the produce industry from Sacramento is being so close to a hub of the nation's agriculture.

Just down the way, the D'Arrigo Bros. hosted a double-occasion at its location in Salinas, California, on Friday, May 1st. It was a perfect opportunity to get out and see what this family farming business looks like off the page. 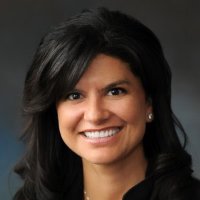 "This is our 56th annual Broccoli Rabe Feed, but we are also celebrating the 95th anniversary of the family of companies," Claudia Pizarro-Villalobos, Marketing and Culinary Manager for D’Arrigo, tells me.

The D’Arrigo brothers of California, of Massachusetts, and of New York signed a one-page agreement in the 1920’s that continues to hang in the lobby of the California headquarters to this day, uniting the families into a cross-continental working team for the produce industry. 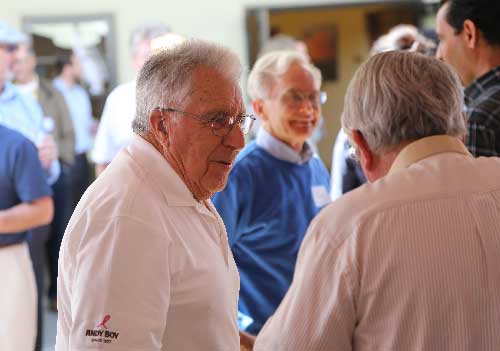 Andy D'Arrigo, who just celebrated his 91st birthday last February, charmed the crowd as he walked through to welcome all visitors with a smile for everyone. 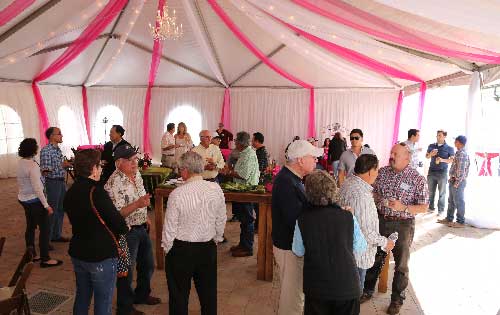 Prickly pears cut into enticing shapes, spring rolls, and a delicious green soup were just a few of the dishes served as everyone celebrated the coming together of the three D'Arrigo families and the versatility and superfood benefits of broccoli rabe. Soft music played as members of the industry from all over mingled and sampled the delectable entrees. 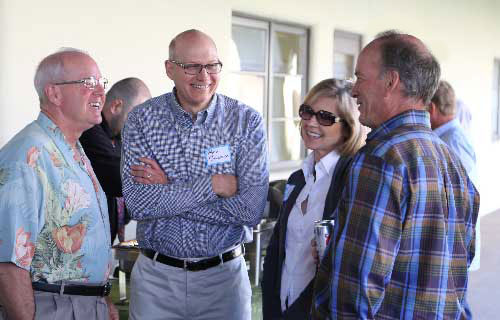 The only setback was not having the opportunity to try one of the company’s signature broccoli rabe cocktails, but that is just something that President John D'Arrigo said would give ANUK a reason to return.