Dole Challenges Fans to Get Creative With New Campaign

CHARLOTTE, NC - An iconic brand is throwing down the gauntlet in its latest campaign. Dole, the creator of Dole Whip, is challenging the world over to get creative with its soft-serve dessert in a #DIYDoleWhip contest, leading to boundless cross-promotional opportunities at retail.

Dole’s #DIYDoleWhip Contest asks consumers to use the Dole DIY Dole Whip recipe for an original photo post on Dole’s Instagram, Facebook, or Twitter page between May 29 and June 8. As the frozen treat goes through the test kitchen of home chefs, retailers should take note of popular fresh produce categories consumers may be on the hunt for in produce aisles, such as DOLE® Pineapple or DOLE® Bananas. 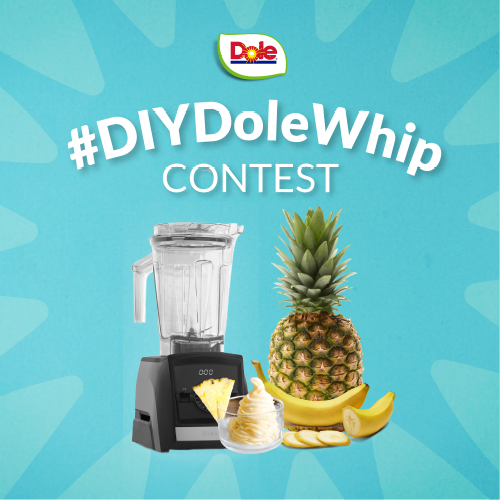 First created by the Dole Food Company in 1986 to honor its sponsorship of Disney’s Enchanted Tiki Room at Disneyland, the Dole Whip has achieved cult-like status with Disney, Dole, and pineapple fans ever since, according to the press release.

The fan submitting the photo of the most creative Dole Whip based on the Dole original, as decided by a panel of Dole judges, will be awarded the Grand Prize of a Vitamix A2500 Ascent Series Blender valued at more than $600. Four additional Whip artisans will receive a Dole Whip-inspired prize pack.

What new creation will be this summer’s go-to recipe to drive category sales? AndNowUKnow will report as the news unfolds.