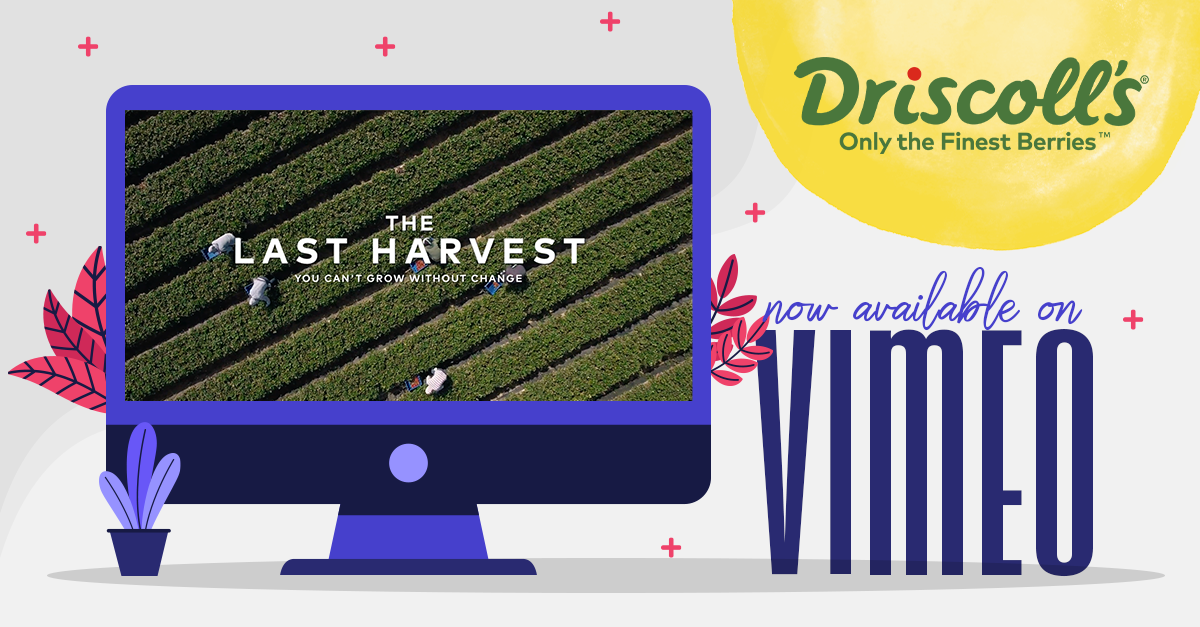 WATSONVILLE, CA - It is true that you can never truly walk in someone else’s shoes; however, you can take a moment to pause and look at life through their lens. The award-winning documentary, “The Last Harvest,” does just that, as it provides a rare glimpse into the lives and challenges of three family growers, and all of those who work to harvest food in the 21st century.

“Driscoll’s will always be an advocate for immigrants and the farmworker community. They play a critical role in our nation’s most basic ability to feed ourselves,” said Soren Bjorn, Driscoll’s President of the Americas and a Strategic Advisor to the documentary, stated. “Let’s honor the hard work to feed America, keep our economy booming, and meet the marketplace demand for healthy and delicious food.”

As the consumer demand for high-quality, natural, sustainable food continues to grow, many do not look beyond at the challenges of the suppliers responsible for growing this food. 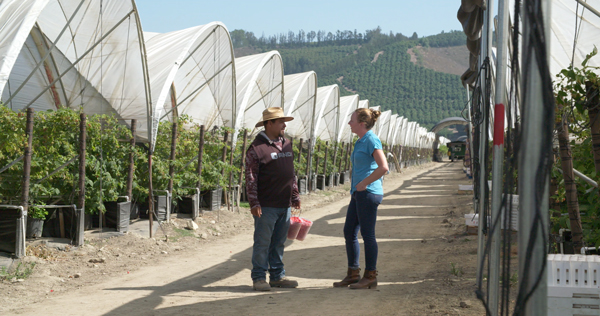 The acclaimed documentary, funded by Driscoll’s, raises awareness of the challenges and contributions to feeding America, and how immigration reform, an improved guest worker program, and innovation and collaboration can provide solutions. 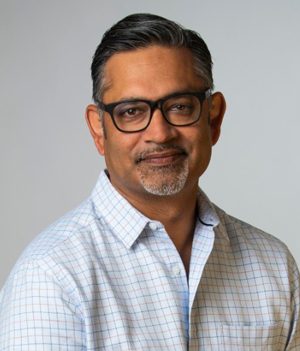 “For Americans’ food to continue to be grown in America, immigration reform is essential,” explained Ali Noorani, President and Chief Executive Officer of the National Immigration Forum, a non-partisan advocacy organization. “It is past time for Congress to act on solutions that benefit American farmers and families by offering farmworkers the opportunity to earn legal status and eventual citizenship, as well as reform the H-2A agricultural visa program.”

According to a press release, “The Last Harvest” made its world premiere at the 2019 Santa Barbara International Film Festival and later appeared in more than 30 film festivals around the United States, including local screenings and several private screenings for policy makers, garnering numerous awards from festivals such as the Los Angeles Film Awards, the Social Justice Film Festival, and the San Diego Latino Film Festival. 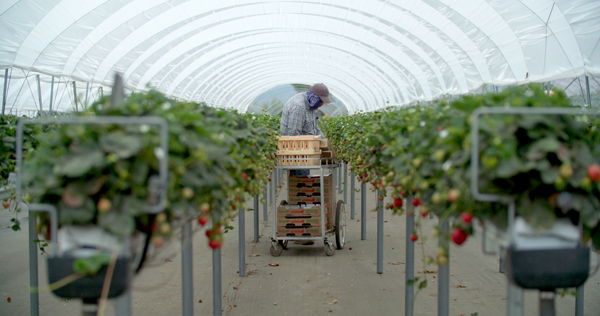 Driscoll’s funded the documentary to showcase authentic stories from its network of independent growers, working together to uncover issues contributing to labor shortages impacting the industry. J. Miles Reiter, fourth-generation grower and son of one of Driscoll’s Founders, is among those featured in the documentary.

The documentary is currently available for viewing online, and will have limited screenings through the end of 2021. An expanded distribution strategy for 2022 will include releases on platforms like iTunes, Google Play, and more, and a series of discussion panels led by Food Tank, a Think Tank for food, will bring together thought leaders working to create broader industry collaboration to overcome industry hurdles.

We here at ANUK are all about any strategy that works to spotlight the talented growers who keep our industry flourishing! Keep clicking back as we continue to bring you the latest news in fresh produce.