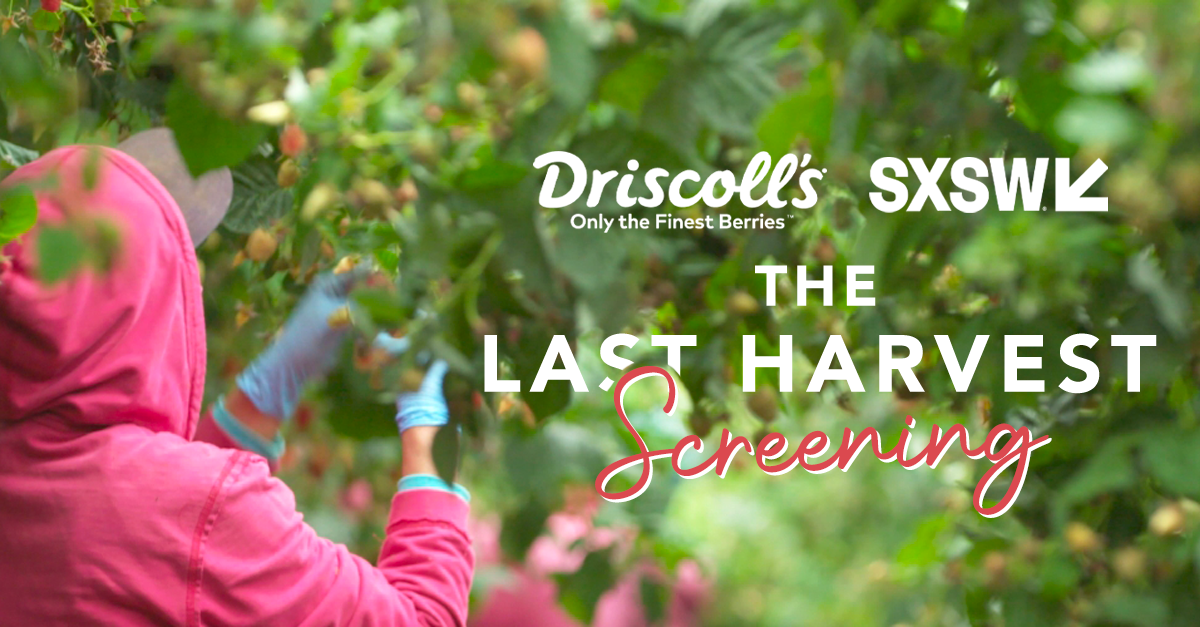 WATSONVILLE, CA - There’s a feeling of accomplishment when you see yourself on a big screen. I’m assuming that is how the Driscoll’s team is feeling as they anticipate its Watch Party for food-focused documentaries at the upcoming South by Southwest (SXSW) film festival. The grower’s award-winning documentary, “The Last Harvest,” will give viewers a rare glimpse into the critical labor shortage problem in the agricultural industry—and the challenges facing those who grow and harvest our food.

“Driscoll’s is a proud sponsor of the Food Film Viewing Parties at SXSW, and we’re grateful the festival is a powerful platform for us to share our documentary, ‘The Last Harvest,’” Driscoll’s President of the Americas Soren Bjorn commented. “Driscoll’s will always be an advocate for immigrants and farmworkers. We need to shed light on the need for meaningful immigration reform.”

The documentary will be screened Tuesday, March 15, 2022, at 5:30 p.m. CDT as part of the Food Film Viewing Parties at SXSW in Austin, Texas. Following the screening, there will be a panel discussion with Bjorn as well as Food Tank’s Danielle Nierenberg. 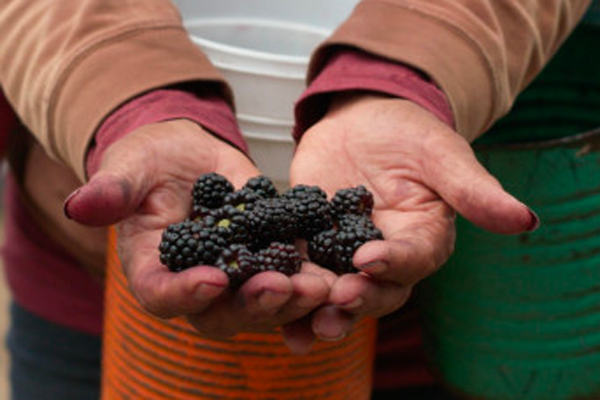 According to the company’s release, "The Last Harvest" was produced in 2019 and released at regional film festivals. It was then brought to streaming site Vimeo in November 2021.

The documentary offers a rare glimpse into the hopes, hardships, and uncertain futures of three family growers and the lives of those harvesting food in the 21st century. Additionally, the film explores how immigration reform, an improved guest worker program, and innovation and collaboration can provide solutions to current labor issues. 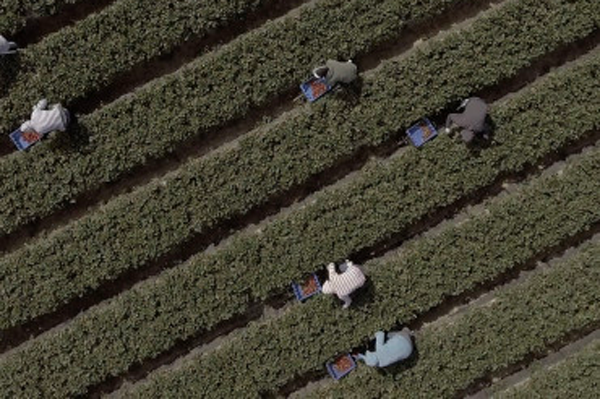 Viewers interested in supporting immigration reform can take action via the National Immigration Forum, which urges Congress to provide a pathway to legalization for undocumented farmworkers and enhance the H-2A guestworker program.