VIDALIA, GA – As the company continues to ramp up its growth, Giro Pack, Inc., has announced that it has added two Sales Representatives to its team, with plans to increase its service team by two technicians.

Giro has named Chip Manuel as its Northeast Regional Sales Manager, and Jennifer Doxey for its West Coast Sales which covers Central and Northern California.

“Chip and Jennifer are passionate and successful salespeople who bring a wealth of experience and proven track records for growing the businesses they have led,” Steve Carey, National Sales Manager for Giro Pack, said in a press release. “I am delighted they are on the Giro team to take on these extremely important roles for Giro.” 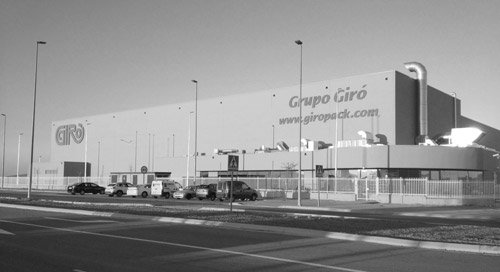 In their new positions both Manuel and Doxey will oversee all aspects of their respective region’s sales strategies. These responsibilities will include the following:

Both Manuel and Doxey have experience working with marketers, retailers, packers, and repackers throughout North America, which Giro stated will make them invaluable assets to the company.

Manuel comes to the company with the past five years spent as Sales Manager with BBC Technologies, a solutions provider for blueberry and cherry markets, based in New Zealand. Doxey also has a diverse background of experience from sales and management positions with Aweta, Sinclair, and Sorma.

Giro stated that by adding an additional two technicians to its service team of 25, the company plans to have the largest and most knowledgeable service network.

The Spanish-based company added that these new hirings are a direct result of the company’s growth, and moves to increase its response time, as well as sales and service presence.

AndNowUKnow will continue to have the latest in industry hirings and company strategies.