BAKERSFIELD, CA - Thanks to the Let’s Move Salad Bars to Schools campaign, Panama-Buena Vista Union School District (PBVUSD) have reached their goal of implementing salad bar lunch programs at all of their schools as of Monday, September 14th. The district can now proudly say that all 23 school sites (18 elementary and 5 junior high) have salads bars as part of their school lunch program.

PBVUSD’s Director of Nutrition Services, Marilou Onaindia said, “The addition of the salad bar to the NSLP is an effective and creative way of introducing fresh fruits and vegetables to students, offering variety and choice. When students are able to create their meal the way they like it, they eat it. And we all know that for a meal to be nutritious, it must be eaten.” 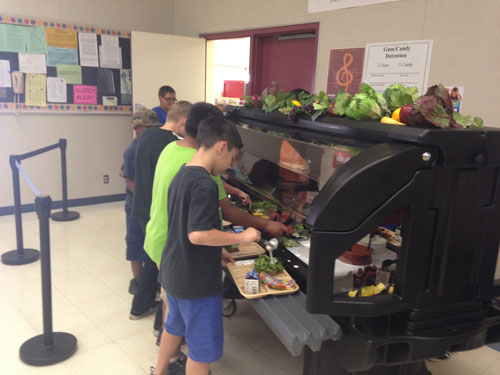 Started in 2010, the Salad Bar Program stemmed from when the time when the then CEO and President of Sun World, Al Vangelos, approached the district about partnering with local grape growers Sun World and Pandol Bros. (members of the United Fresh Produce Association) to pilot a salad bar program at Stonecreek Junior High. In turn, each grower donated a salad bar as part of their ongoing support of the Let’s Move Salad Bars to Schools initiative founded in part by the United Fresh Produce Association and supported by First Lady Obama’s Let’s Move! Initiative. 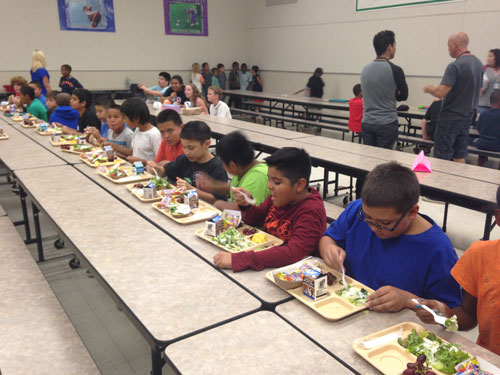 Not only did the pilot program at Stonecreek Junior High prove to be a huge success, but it also increased participation in the National School Lunch Program (NSLP) by 25% and helped increase the students’ consumption of fresh fruits and vegetables. Currently, PBVUSD has received 29 salad bars, valued at approximately $87,000, through the efforts of this campaign, including donations from the following: 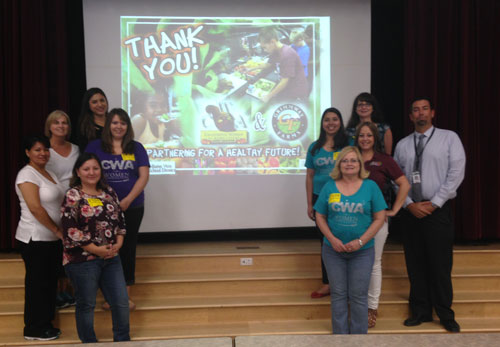 According to a press release, the Let’s Move Salad Bars to Schools campaign has allowed school districts across the country to make amazing improvements to school lunches. To date, the campaign has earned over $10 million, and donated more than 4,100 salad bars to different schools. The campaign team says they rely on personal involvement and charitable commitment of produce growers, distributors, and marketers to raise private funds for donations of salad bars to schools.