According to the company, the program’s successful launch prompted it to take the label to local schools and interact directly with the target consumer.

“There is no doubt that kids love vegetables and Sesame Street!” Henry Furtado, Corporate Chef, said, according to the release. 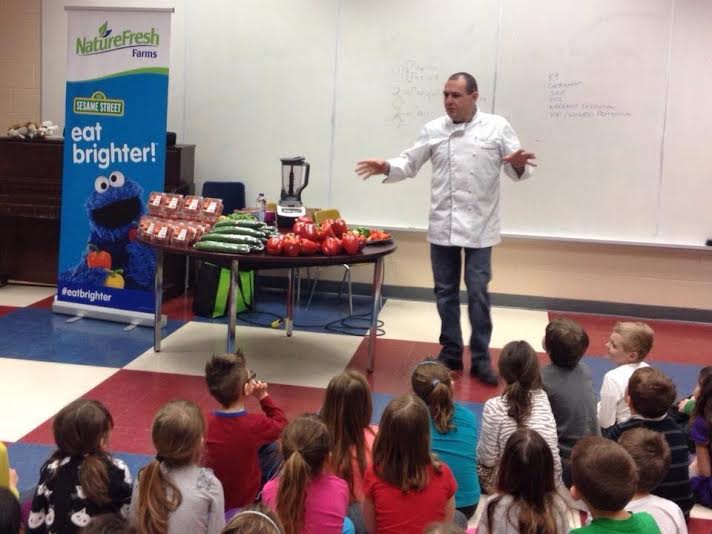 Among numerous young comments, Isabella of Mrs. Baker’s first grade class said, “I never thought you could use a bell pepper in a smoothie, it really tasted good. I am going to ask my mom to make me one tonight.”

The company used other interactive practices to inspire the kids, such as giving them Nature Fresh™ Coloring Sheets with eat brighter! themed veggies and Sesame Street characters, which will be distributed at a number of upcoming school functions and consumer-facing events this spring.

“We need to start educating kids at a very young age what healthy snacks look like and the different ways to make them,” Furtado said. “With an endless list of fruits & vegetables available, using the eat brighter! movement as inspiration helps reinforce the message when kids see their favourite characters on a package of bell peppers (Cookie Monster) or mini cucumbers (Elmo) like Nature Fresh™ is doing.”

According to the company, all coloring sheets will be posted in early April on its website and through various Nature Fresh™ social media channels.