SALINAS, CA - Naturipe Farms celebrated its 100th anniversary last Friday, emphasizing its rich history and those who have helped contribute along the way. On May 5th the company, its growers, and the staff of Naturipe Berry Growers (NBG), one of the company’s partner-owners, marked the occasion with festivities held in Salinas. 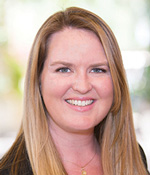 “This is one of several celebrations Naturipe Farms will host in honor of the company’s centennial year,” said Kyla Oberman, Director of Marketing, in a press release. “We have appreciation events planned during key trade and industry events throughout the year as way to pay tribute to our growers and thank those who have helped Naturipe reach this milestone.” 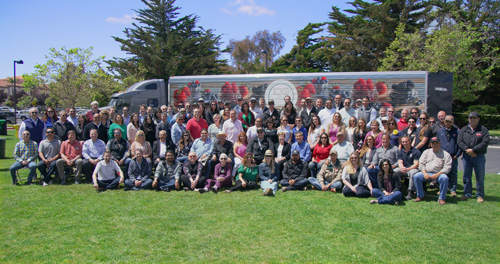 The celebration included live mariachi music, a Naturipe branded semi-truck, and a presentation of proclamations from Western Growers Association and the Office of Senator Anthony Cannella. NBG President Rich Amersehhi accepted the proclamations on behalf of the company. 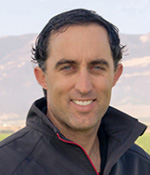 “It’s a privilege to have the opportunity to congratulate Naturipe for having reached 100 years—and doing so with pride for what they do, passion and integrity,” said Tom Nunes, Board Representative of the Western Growers Association, who presented Amersehhi with a proclamation. 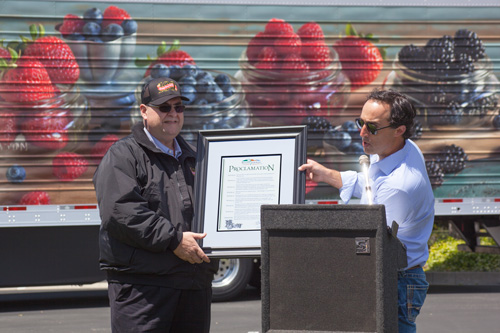 For more on this and other important events in the produce industry, stay tuned to AndNowUKnow.