GRAND JUNCTION, MI - “First Pick” is a significant ceremony for Michigan’s blueberry season, which Naturipe Farms says is about to launch into full swing.

According to a press release, local growers are working long hours to ensure that the blueberries are picked, packed and available to consumers, retailers, restaurants, and food manufacturers, both locally and throughout the country. 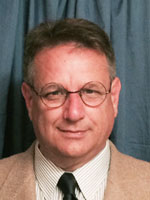 “These berries will reach markets such as Hong Kong and will demonstrate the demand for our high quality products at a time when export is also a key economic driver for all of us in Michigan,” Larry Ensfield, President & CEO of MBG Marketing, said in the release. MBG is a grower-owned cooperative and a founding partner of Naturipe Farms, which manages the sales, marketing and distribution of the co-op’s blueberries. 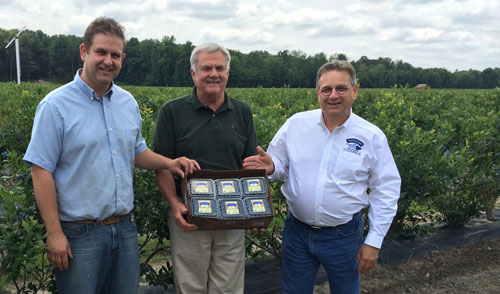 Even South Haven, Michigan, Mayor Bob Burr was present to help the ceremonial “First Pick” kick off, visiting both Ensfield at MBG and Chris Hodgman of Hodgman Blueberry Plantation. 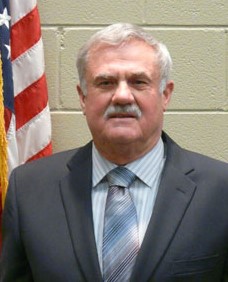 “I am pleased to come to the MBG blueberry fields again to participate in the ceremonial “First Pick," signifying that our Michigan blueberries are on the way to consumers throughout the country as well as to key export markets around the globe,” the Mayor stated. “The family owned blueberry farms in this part of Michigan have been a key part of our economic and community development for many generations.”

Hodgman, a third generation blueberry grower-member of MBG, said that the past two winters have put some stress on Michigan’s fruit crops, including his own, but that his family has been growing blueberries for 85-years and they always find a way to produce a good crop come July.

Ensfield, who knows well the challenges Michigan blueberry growers face, agreed, saying that it requires a tremendous amount of coordination between the growers, harvesting crews, Naturipe and MBG sales and support teams, and all other aspects of the team to keep it thriving, adding, “Somehow we manage to get it all done – every year!”

According to Naturipe, the state continues to rank amongst the top states in highbush blueberry production, with growers expected to produce nearly 90 million pounds of blueberries in 2015 for fresh and frozen markets.