WASHINGTON, DC - As the organic sector continues to grow, a new initiative has been introduced to the industry to increase research dollars. Together, the Organic Trade Association and The Organic Trade Center applauded Representatives for introducing the Organic Research Act of 2017.

“Robust funding for agriculture research is critical for the advancement of organic, and we applaud Representatives Pingree, Newhouse, and Panetta for their efforts to secure additional resources for USDA’s flagship research program for organic agriculture,” said Laura Batcha, Executive Director and CEO of Organic Trade Association. “The future of organic farmers’ success is tied to discovering new organic crop varieties, developing breakthroughs in pest and weed control, crop rotation, and the development of effective and compliant farm inputs. The Organic Research Act of 2017 invests in the future of organic farming by ensuring the research keeps up with the burgeoning industry.” 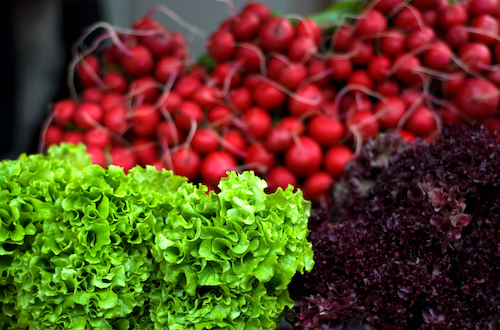 The Act was introduced by Representatives Chellie Pingree (D-ME), Dan Newhouse (R-WA), and Jimmy Panetta (D-CA), according to a press release. The Act will increase the Department of Agriculture’s Organic Agriculture Research and Extension Initiative (OREI) in order to meet the needs of the growing organic industry. This investment has increased from its current $20 million a year to $50 million a year, from 2018 to 2023.

“The Organic Center is thrilled to see the serious investment in organic research and applauds Representatives Pingree, Newhouse, and Panetta for their efforts," said Dr. Jessica Shade, Director of Science Program, The Organic Center. "The Organic Research and Extension Initiative (OREI), organic’s premier competitive grants research program, has spawned a new community of scientists and infrastructure dedicated to organic systems research since it was established in the 2002 farm bill. The Organic Research Act of 2017 will secure long-term investment in the science of organic farming essential for the continued success of farmers.”

OREI was first established in 2002 as the USDA’s flagship organic research program. The Organic Trade Association stated that this program looks to support research projects that address critical and every day challenges that are faced by organic farmers in their fields. Thus far, OREI has funded 163 projects worth almost $150 million since its inception.

The Organic Trade Association stated that sales of organic products in the U.S. are now at more than $40 billion annually, with that number expected to grow as more consumers look for organic.

To read additional statements from organic researchers in support of OREI and its impact, click here.