PHILADELPHIA, PA - After 35 years of devotion and dedication to the business, Mike Barber, Director of Sales at Procacci Brothers, has announced his retirement. 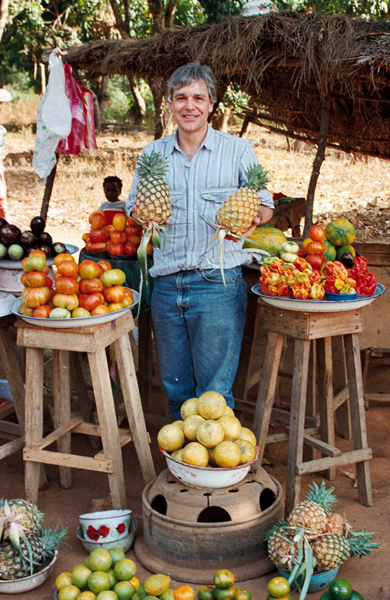 Known for his extensive knowledge of the produce industry and his ability to substantially grow Procacci’s banana business, Mike’s prowess was greatly admired during his many years at the company. It is with his retirement that Procacci remembers his ascent up the produce ladder, and celebrates his greatest accomplishments.

“Procacci Brothers, and I personally, would like to express our deepest gratitude to Mike Barber for 35+ years of dedicated service to Procacci Brothers,” said Mike Maxwell, President. “We wish Mike and his family many, many years of health and happiness in his retirement.”

Mike joined Procacci Brothers at 30 years old, and already he had proven his expertise in banana procurement. In 1978, two years before he joined Procacci, Mike and a long-time friend partnered together to operate a produce company in Dominica, West Indies. It was here where he was tasked with using his Spanish language skills to gain access to underutilized growers in the Dominican Republic. Mike had secured the proper licenses and permits and the company began making regular shipments of mixed produce to their customer bases in Puerto Rico, the Virgin Islands, and St. Maarten.

After he and his family moved to Philadelphia, PA, Mike was hired by Procacci Brothers in 1980. According to a press release, Mike’s contributions during his 35 years with the company include, but are not limited to:

This extensive list was only made possible by Mike’s capability to take initiative and get results. He traveled the world as an agent for Procacci Brothers, going to places such as Guatemala to evaluate mango production and quality, Costa Rica, Ecuador, nearly every sourcing region in Mexico, and West Africa to explore sourcing pineapples.

Mike plans to spend the rest of his time working together with his wife Rosa, who he met in Venezuela, to care for their large collection of tropical plants, visiting the many friends that he and his wife have made over the years, and spending time with his family and “playing with my grandchildren every day.”

AndNowUKnow would like to wish Mike the best of luck as he begins this next important chapter in his life.