SALINAS, CA - Mother Nature is keeping greens growers on their toes, with some warmer-than-anticipated weather setting things in motion a bit ahead of schedule.

John Georgalos, Tanimura & Antle’s Commodity Manager, tells me that the majority of March and the first half of April saw temperatures 12 to 15 degrees higher than California’s Salad Bowl expected.

“The lettuce market was reflective of this as we saw prices fall below break-even cost during this time and, in some instances, growers had to disc lettuce, which they could not harvest in time,” John explains, stating that both Salinas and Huron crops were ready sooner than had been planned.

The net result, John says, is that lettuce estimates for the next few weeks look to be on the lighter side after bunching product during that period.

This should, in effect, set into motion the market righting itself in coming weeks, T&A projects, coming off these latest conditions. 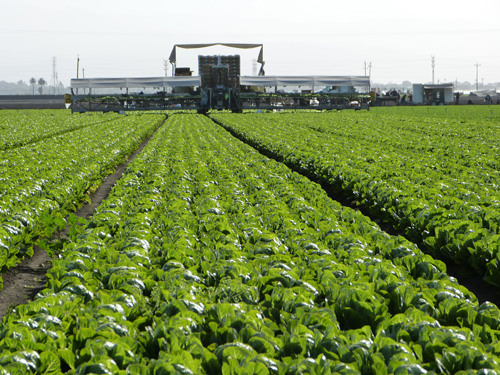 And with higher temperatures comes higher demand, John says, combining with the light supplies to move the market towards the higher end of the spectrum.

“Winter has ended and as the weather becomes warmer across the nation we should see an uptick in demand for lettuce,” John tell me.

AndNowUKnow will continue to follow the market’s movement as Salinas settles in for the lettuce season.