GILROY, CA - It’s been a strong start for Uesugi Farms’ bell pepper season, kicking off its Coachella season harvest last month, and shipping green, red, and yellow peppers. Located in the Southern California desert, Coachella provides what Uesugi refers to as superior pepper production growing conditions, especially during April to June and October to December, when peppers can’t usually be grown many places elsewhere in California.

“In Coachella, the weather is a little more harsh and unpredictable, hence the shorter growing season than that of Gilroy and our other northern areas,” explained Pete Aiello, General Manager of Uesugi Farms. “But the weather during the two aforementioned windows is good, and the soils are very light – mostly sand. While these Coachella soils aren’t packed with as many nutrients as soils up here are, their light nature means better drainage and less disease. And these are good things.” 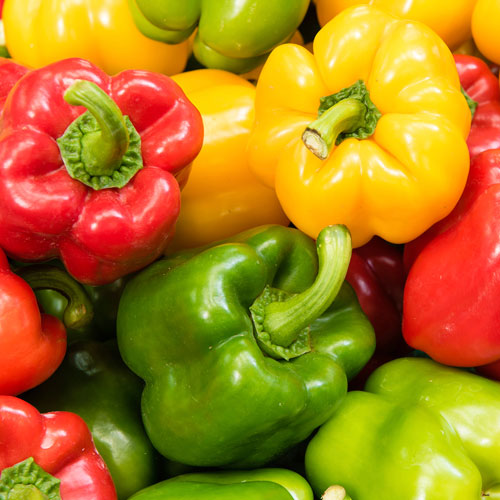 Uesugi Farms has been farming for more than seven decades, established itself as one of the leading pepper grower/packer/shippers in the country, according to a press release. Over the years, the company has expanded its pepper farming to nine regions, including:

Prospects are promising for the company’s year-round pepper operation, Uesugi says, and the company is still growing, recently starting red, orange, and yellow mini-bells (not to be confused with mini-sweets) on a trial basis.

Looks like there will be plenty of peppers to go around all year if Uesugi Farms has anything to say about it, so stay tuned as we continue to update you on the season’s to come!