As we previously reported, the system spans 1,930 solar panels and is expected to generate 377,580 kWh per year. That is equivalent to eliminating 14.4 million pounds of CO2 emissions over its 30-year lifetime. In addition, this system could power 23 homes and be equal to taking 56 cars off the road, according to a press release. 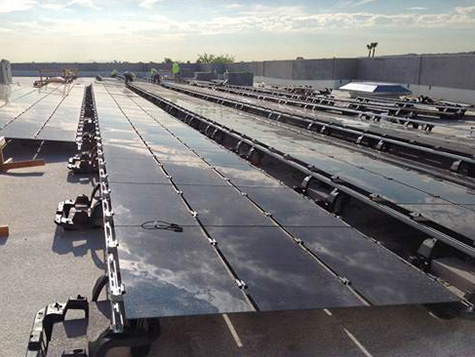 During a ceremonial ribbon-cutting event held earlier this week, Vision Produce President Bill Vogel was joined by Treasurer Marsela McGrane and Vice Presidents and Building Owners Robert Stauffer, John Caldwell, and Dan Lawton, as well as Mark Hologan, Solar Division Manager from Wilson Electric, and Max Burger from the Salt River Project, to celebrate the completion of the project.

“Our customers are demanding that we be sustainable in our business ventures and this renewable energy addition to our Phoenix facility is a giant step,” said Vogel. 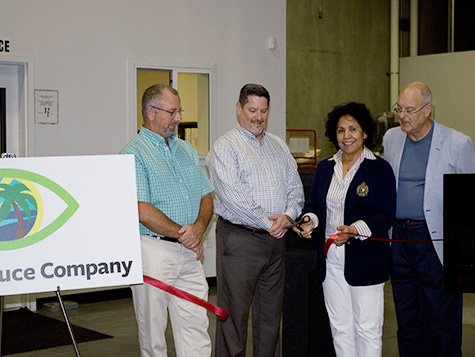 The new system is expected to supply 59 percent of the electricity that Vision Produce uses in Phoenix every year. During summer months, the solar system will produce a surplus of solar energy, which will be sold back to the Salt River Project, one of Arizona’s largest utility companies.

The project was funded largely with support from JP Morgan Chase.