TATTNALL COUNTY, GA - The future is looking bright for our industry. Is there a better, more satisfying career to call home than fresh produce? With the end goal of feeding the world and increasing the consumption of fruits and vegetables, I say not! Working to bring more fresh faces into our fold, Co-Owner of G&R Farms Walt Dasher is rallying support for Growing America’s Farmers (GAF), a non-profit foundation that provides college scholarships through the national Future Farmers of America Organization. 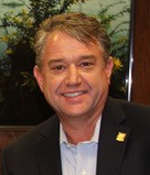 “My goal is to eventually have support in every state so I can award production ag scholarships to kids with a far-reaching impact, truly showing them that American retailers and consumers care greatly about them and where our food comes from,” Walt tells me, speaking of his third year in the program. “By entering into an agreement with the national FFA, it allowed me to offer scholarships nationwide and, therefore, work with retailers across the country. I have been so humbled and blown away by the support we have received, and I am really excited about what we have done—and are doing—for the future of the American farmer.”

This program allows retailers to support educational opportunities for young people aspiring to become America’s future farmers, and helps them easily get on board to make an impact. 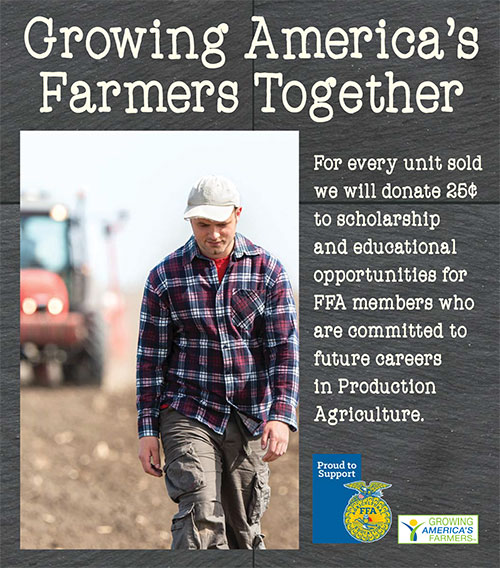 “My long-term goal is to see kids continue on this path and, in five or ten years, grow into our future farmers,” Walt adds. His wife and kids came up with the logo and the non-profit name, so you can see that this program is not only a family affair but a multi-generational one as well.

Along with bringing fresh folks into the industry, Walt knows that this program will bring new ideas with it. Change is inevitable, and having a broader range and source of ideas can only help fuel innovation in a changing global landscape. 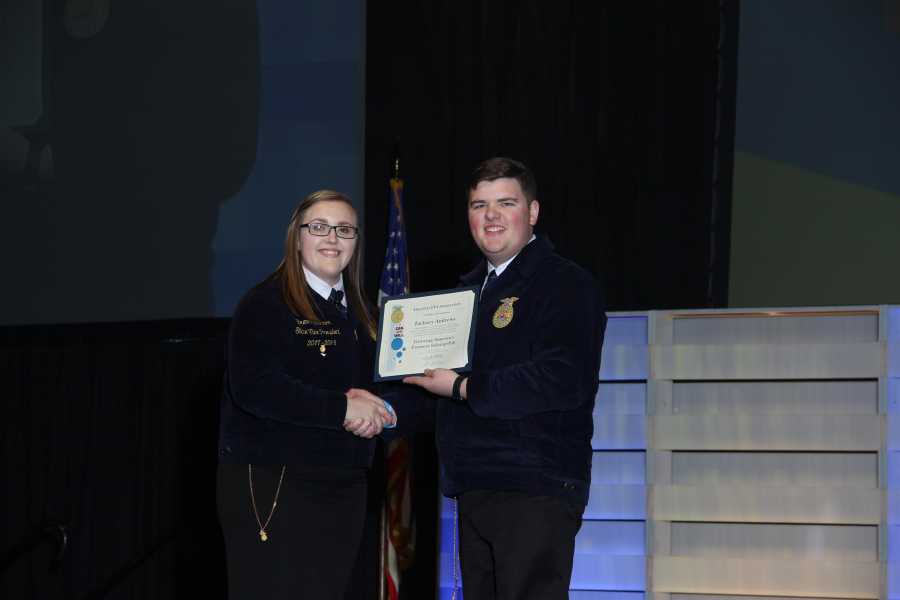 “In some ways, I believe that the American farmer has been forgotten about over the past 15 years. It is beginning to show due to the average age increasing to now 60 years old,” Walt shares. “It has already increased from 57 to 60 since I started the program in 2015. My honest opinion is that a majority of Americans have no idea this is happening below the radar. What are we Americans going to do in 15 more years when there aren’t enough farmers to feed our massive country?”

You can see what is keeping Walt up at night.

“Do we really want to import more food than we are growing ourselves? If so, we are in extreme danger because we must eat. What will happen when another country controls our food source? Think about it,” Walt reflects. “Talk about having someone over a barrel. When you live and breathe farming like I have all my life, you can see the writing on the wall.”

Walt’s passion for his work and the future of the industry in the U.S. are deeply rooted, having really began to take its most recent form in 2015 when he was trying to hire young adults to work during the G&R Farms’ busy Vidalia® season.

“We sent out ads across multiple areas only to have maybe one adult under the age of 60 even apply!” he says. Walt then broadened the search to 75 miles, only to have around four apply under the age of 60. “That, in itself, told me a lot and really concerned me. Why were we not getting young adults applying for jobs in an area that is 90 percent ag?” 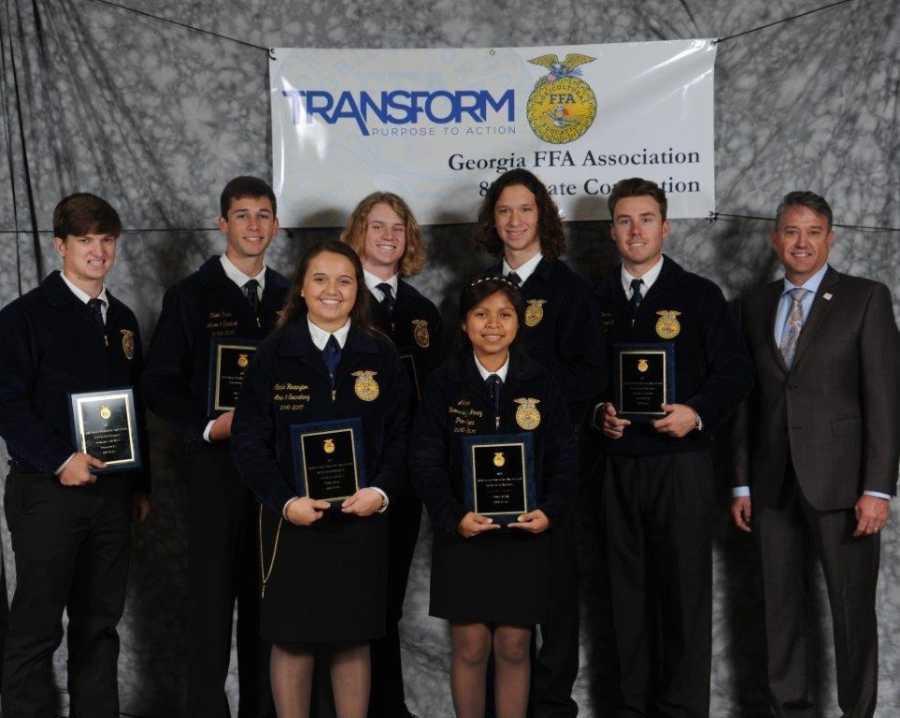 So, Walt started digging around and contacted the state of Georgia’s FFA foundation. He discussed with them what he was trying to do and wanted to see if the foundation could help him or explain why the interest was waning in recent years. It didn’t take long for Walt to understand that young people are not interested in production farming—the dirty work and where things all begin—but had taken on more of an interest in ag banking, ag tech, ag engineering, etc.

“Don’t get me wrong,” he tells me. “We need them across all areas of growing and innovation, but the ratio was beginning to feel off balance.”

The impassioned industry vet decided to enter into an agreement with the state FFA foundation to do a simple fundraiser back in 2015 in order to donate the proceeds to the state of Georgia’s FFA foundation. The monetary results were small at first, but that was the key that opened the door.

“The Director of the national FFA heard about what I was doing and reached out to ask what this whole initiative was about, who I was, and what I thought my goal may be long-term,” Walt notes. “After explaining the concerns I had, what my thoughts were, and what I was praying would happen, they instantly asked if they could endorse my idea—hence, Growing America’s Farmers was born.” 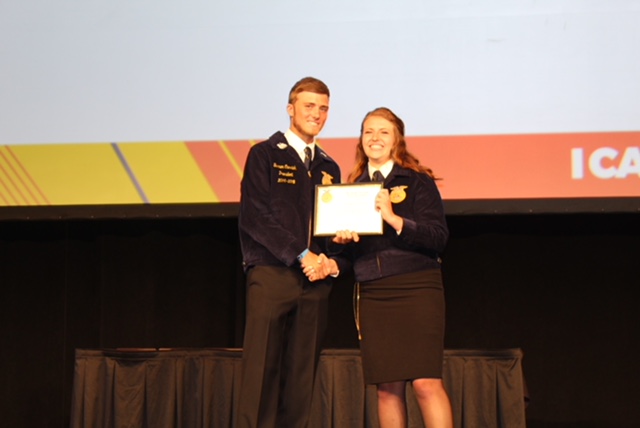 So, how do retailers fit into this picture? They are either getting their companies’ marketing departments involved and creating digital ads about the program, or creating in-store POS materials and then working closely with G&R Farms’ marketing firm to help custom build in-store, ad press, or digital materials for them to use.

“We supply all materials free of charge; all of our packaging is customized to show the program and how it works,” Walt remarks. “We have very, very nice high-graphic bins and bags that show off the program along with banners and standpoint signs used in the store displays. I am being contacted by retailers we don’t currently sell to, or haven’t sold to in the past, just to see what and how they can get involved somehow. It’s great because when a retailer really thinks about it, this has huge implications for them down the road with the American supply chain. Without farmers, retailers are without a supply source in America. This includes everything from corn, beans, and row crops to all produce items, dairy, eggs, and forestry for our paper needs—not to mention farmers that are testing new seeds, new varieties, new planting methods, new harvest methods, and more.”

Looking to get involved? Walt is currently looking for supporters, sponsors, and donors for the program.

“Getting year-round support for the program is and was my long-term goal and finally my prayers are starting to get answered,” Walt shares. “I have never asked anyone for much, and never will, pertaining to this program, but small steps along the way will start to change the mindset of kids coming from high school and maybe, just maybe, they will see the support that is really out there in this country and want to continue providing for us all.”

With the Vidalia onion season just around the corner, Walt is gearing up for a fantastic harvest as well as a season of giving back with Growing America’s Farmers. All aboard!