WATSONVILLE, CA - Monterey Mushrooms recently announced it has promoted Bruce Knobeloch to Vice President of Product Development and Marketing. In this role, Knobeloch will be responsible for the company’s gourmet division operations, including its Bonne Terre, MO, processing facility; its Royal Oaks, CA, mushroom powder facility; as well as new product development. He will continue to provide oversight for the corporate food safety program, in addition to collaborating with Mike O’ Brien, Vice President of Sales and Marketing, as the company works to promote its brands and launch products—such as the new meat alternatives. 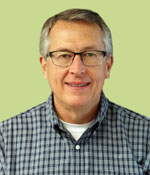 Knobeloch joined Monterey Mushrooms two years ago after a 42-year career in the produce industry. According to a press release, he spent 26 years with Schnucks Markets in St. Louis, after which he served in executive roles with BuyProduce.com, Apio, River Ranch Fresh Foods, Azzule Systems, and Aggrigator. He has served as past Chairman of the PMA Retail Board and past member of the PMA Board of Directors. He also served on the United Fresh Produce Board, in addition to other industry association boards and committees throughout his career.

Bruce lives with his wife, Elaine, in Hollister, California, and has two adult daughters and a granddaughter in the area.

Congratulations from all of us here at AndNowuKnow to Bruce on this promotion!