CALIFORNIA - Thanks to a slightly off transition from Yuma to Salinas and increased mildew on the California coast, the spinach market is definitely on the move. We’re looking at a small gap in production, growers tell me, but the tight markets should be back starting to get back on track with Salinas growing starting back up as soon as possible.

“Supplies seem to be light all around,” says Brittany Trebino, Spinach Commodity Manager for Ippolitio, when I ask her about the recent spike in spinach market. “We finished harvesting in Yuma last weekend, but Salinas didn’t transition exactly like we expected and left about a week gap. We’re hoping we are able to jump in Saturday and harvest, and I definitely see the spinach market continuing to be active as demand exceeds supply!” 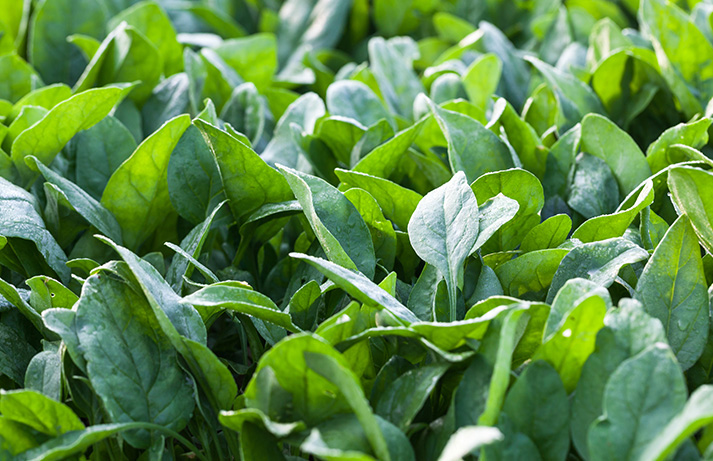 Russ Widerburg, Sales Manager at Boskovich Farms also notes that northern growers have seen a small gap, with growers like Boskovich in the Southern district seeing lighter supplies due to growing days working to get back on schedule.

“We've had multiple plantings being harvested ahead of schedule, and now things are getting back to normal, hence causing a shortage and in the supply chain,” Russ tells me. “There's also been a bit of mildew up and down the coast that has lessened yields. Market as of April 6th is in the mid-teens, and seems to be climbing.”

“Mildew is lowering the supply on multiple varieties of spinach,” adds Brian. “This is causing production to be way down. Demand, however, is the same if not higher, so the market is driven up, and will stay there as many shippers are very low on supply.”

With most growers telling me that production will be returning back to its normal conditions in the coming week or two, supplies should be back on the rise soon. For more on the spinach market as the season continues and other categories throughout the industry, keep watching AndNowUKnow.