SALINAS, CA - Ippolito International looks to be going through quite the rapid growth spurt as of late, with new products and now new faces to match. The company just announced some added power to its sales force as it looks to expand its team, welcoming on experience produce operators Henry Dill and Sarah Clarke. 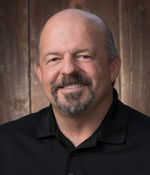 “I feel like I’m coming home,” Henry, now the new VP of Sales, said about the move. “My grandfather was a California farmer in the 1920s and my uncles followed him, so growing produce is in my roots. Unlike many other companies, Ippolito is a ground-based producer, which allows firm control of all stages of production. It’s great to have that control to ensure the consistency of quality for which Ippolito in known.”

Henry has been in the industry since 1979, when he started with the Garin company. He has since worked sales positions in Bruce Church, Code (which later merged with Fresh Network), and D’Arrigo Brothers, according to a press release. His most recent position was with PIM, where he spent the last 22 years working his way up in sales and sales manager roles. 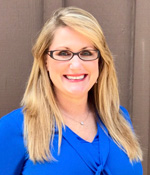 Sarah come in with 14 years of experience in produce, joining on as Sales and Commodity Manager. Most recently, she spent just over 12 years working with Dole’s sales team, having sold the full fresh pack line, foodservice line, and provided customer service for the full value-added line. 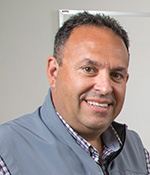 "As we continue to grow and diversify our product line, it's imperative we have a rock-solid sales team. I’m proud of what we’ve built and look forward to expanding upon that base with Henry at the helm and Sarah as part of the team,” commented Ron Mondo, Partner.

Sarah will be helping add to and lead the sales team, while Henry will be charged with providing sales direction as well as sharing his knowledge of the production process to the sales team. He will also be maintaining connections with numerous customers and friends he has cultivated over the years. 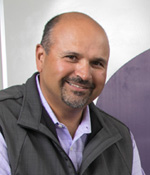 “We are extremely fortunate to bring in Henry and Sarah with their wealth of expertise,” said Senior Vice President of Sales Dan Canales. “Henry has deep knowledge of all aspects of production, foodservice and retail business, and outstanding team management skills. We are excited to have him oversee our sales team. And Sarah will be a great asset to our customer service and relationships. We are thrilled to have them both join our already stellar team.”

Ippolito is one of the largest suppliers of fresh Brussels sprouts in North America, as well as a provider of a full line of mainstream produce items. Its portfolio includes mixed and specialty vegetables, and the company just made a splash in the rapidly-growing organic sector with its new organic salads to add to its value-added items, all while offering year-round supplies of premium quality Queen Victoria and Coast King brand vegetables.

With more growth clearly in the pipeline, keep checking in with AndNowUKnow for all the latest.